The TMBA have published a summary of the results of the Thames Motor Boaters Survey conducted during October/November this year.

This survey was open to all motorboaters based on or visiting the Environment Agency managed non-tidal Thames during 2021. The TMBA was supported by river user organisations and other interested parties, particularly the Association of Thames Yacht Clubs (ATYC), DBA-The Barge Association (DBA), the Inland Waterways Association (IWA), the National Association of Boat Owners (NABO), and the Residential Boat Owners Association (RBOA).

The document can be downloaded here

The Environment Agency has today published its final decisions on boat registration charges on its waterways for the next 3 years: These have resulted from the 8 week consultation launched in July relating to its initial proposals.

Following feedback from boater representative organisations (including NABO) and individual boaters regarding the changes which included a proposed increase of 6% in year 1, 4% in year 2 and 0% in year 3, the new charging scheme will now see increases of 4% in 2022; 4% in 2023; and 2% in 2024.

Also, the proposals included a new charging mechanism for boats based on the area of a boat across all their waterways, but it says it has listened to its customers and will now continue with the current charging mechanisms for each waterway.

The EA has also advised its NNUF (National Navigation User Forum), attended by NABO on the 1st of December, that it will set up user-based advisory groups to work with its staff on various aspects of its operations.

Boat registration renewal notices will be sent out to customers using the Environment Agency’s Thames waterway from next week, with those registered on the Medway and Anglian waterways following early next year.

On Thursday 14 October Mike Rodd tried to attend a “Teams” meeting of TNUF. Unfortunately he had to attend via phone only as there was poor internet access from where he was moored. However, Teams dropped out several times and he was placed on unmute and the function to reverse this would not work but ended the call! We have therefore had Andy Soper of the DBA (and also a NABO member)’s permission to re-produce his report. See below

EA are wondering why users are not very keen on their manangment style. 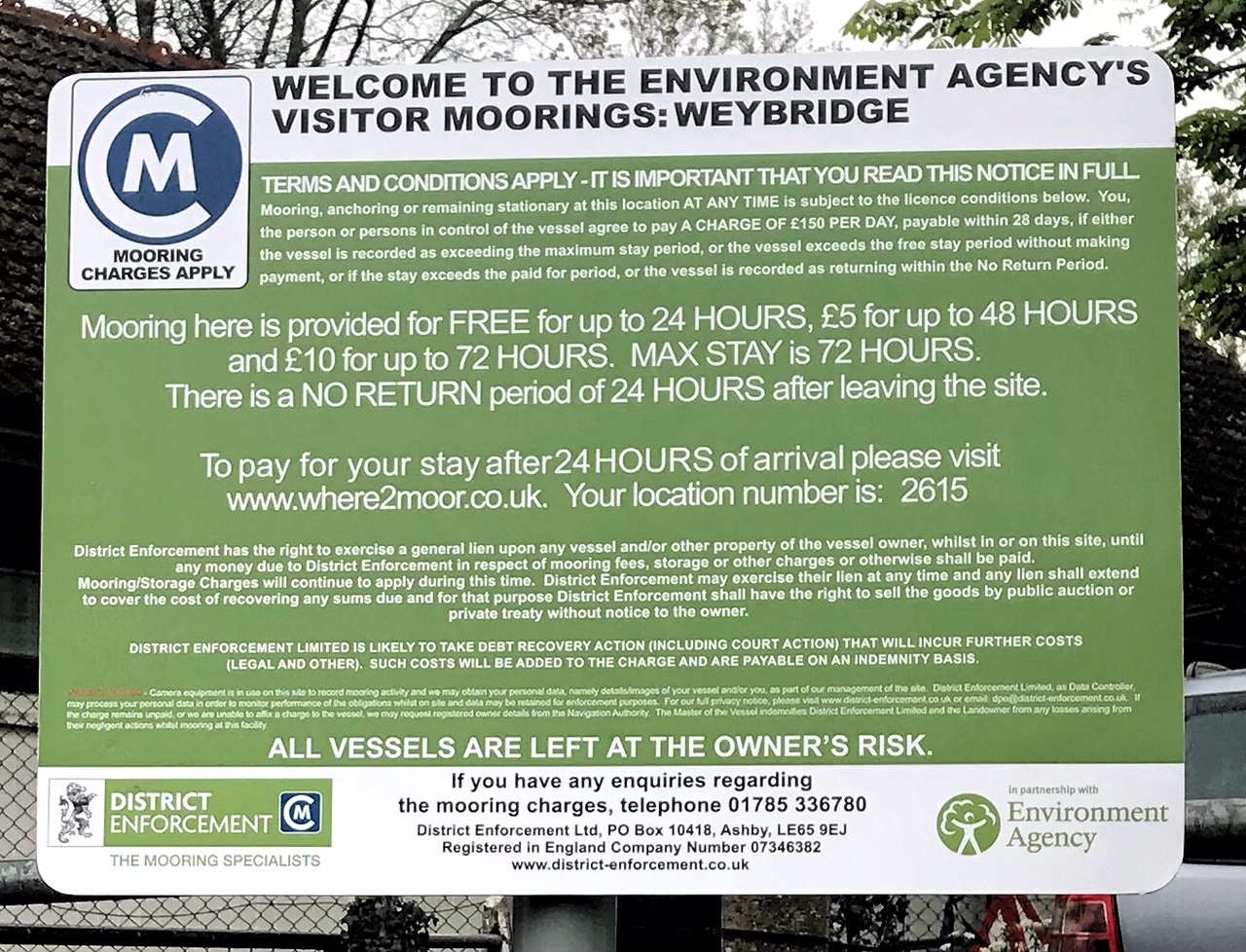 The meeting agreed to reappoint Michael and thanked him for his valuable work over the past year. The finances were also reported on and with little expenditure on meetings, the financial position is sound. It was agreed to pay towards the cost of the ZOOM facilities being used.